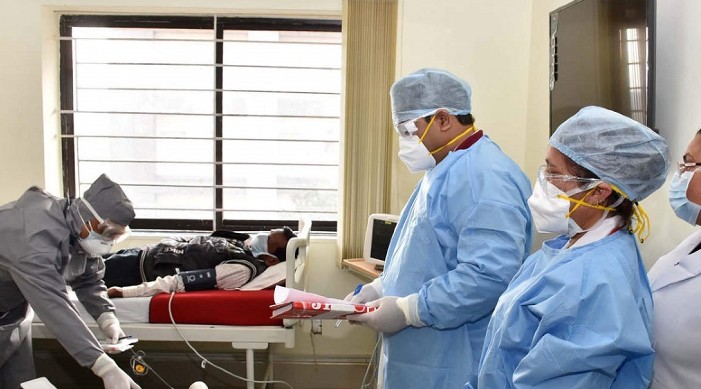 With new recoveries, the number of total recoveries has gone up to 83,83,602 and the recovery rate has risen to 93.58 per cent

More recoveries everyday are helping reduce the load of new reported cases of COVID-19 on a daily basis bringing the active caseload to below 5 per cent. Amid, this Delhi continues to be the largest contributor of daily new cases.

According to the data released by the Ministry of Health and Family Welfare, India, in the past 24 hours, reported a total of 48,493 recoveries against 45,576 new cases of infections.

“The new recoveries continue to overtake the daily new cases continuously since the past 47 days,” the ministry said in a statement.

“The gap between Recovered cases and Active cases that is steadily increasing presently stands at 79,40,299. 77.27% of the new recovered cases are contributed by ten States/UTs,” the ministry said.

Of the total recoveries, the highest number of recoveries was found in Kerala with 7,066 recoveries in the past 24 hours followed by 6,901 of Delhi and 6,608 of Maharashtra.

Karnataka, Chhattisgarh and Rajasthan also reported close to 2,000 recoveries in the past 24 hours.

“This trend of more daily recoveries than the daily cases has led to a continuous contraction of India’s Active Caseload,” the ministry said.

Delhi broke all past records by reporting around 131 deaths in a single day due to COVID-19.