Trade and investment strong pillars of engagement between India and Luxembourg: Envoy 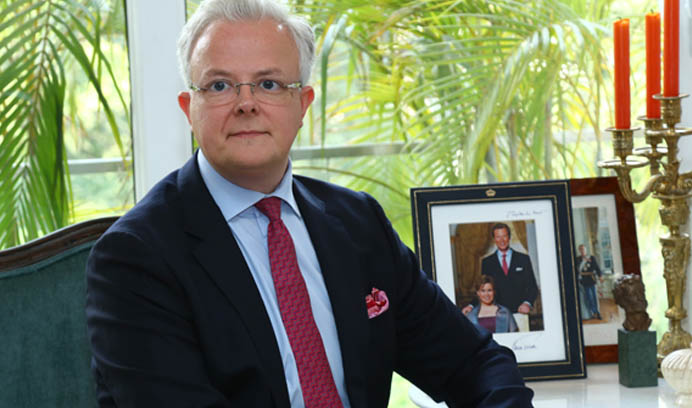 Business and investment are the strong pillars holding and providing support to the bilateral relationship between India and Luxembourg, Jean Claude Kugener, Luxembourg ambassador to India maintained this in an interview with Fortune India Exchange.

“We are strong trade partners and many Luxembourg companies active in India, Paul Wurth, Ceratizit, Rotarex to Amer-Sil Ketex. Many of these companies are also contributing to the Indian Government’s ‘Make in India’ programme, he said.

Citing the Indian statistics of 2020, he said, Luxembourg is the 15th largest foreign direct investor in India as compared to its 16th ranking in 2018.

From an extensive cooperation in the steel sector, the relationship between the two, over the decades has translated into a “strong partnership reflective of both countries’ political priorities and business interests,” the envoy said.

India is leaving no stone unturned in retaining Luxembourg as its strong partner during the ongoing COVID-19 period, the Luxembourg ambassador said, adding tomorrow’s virtual summit can be seen as an example of the same.

According to the Ministry of External Affairs, the virtual summit will be held between Prime Minister Narendra Modi and Prime Minister of Luxembourg Xavier Bettel.

This will be the first stand-alone Summit meeting between India and Luxembourg in the past two decades. The leaders will discuss the entire spectrum of bilateral relationship, including strengthening of India-Luxembourg cooperation in the post-COVID world, the ministry said.

They will also exchange views on international and global issues of mutual interest, the ministry said further. India and Luxembourg have continued to maintain high level exchanges in the recent past. The two Prime Ministers have met previously on three occasions, it said in a statement.

Similarly last year, the 16th edition of the joint Economic Commission was held in Delhi in September which as per the envoy, offered an excellent opportunity to assess the status of these relations and discuss outstanding issues and new projects

Kugener acknowledged the fact that Indian companies have made huge investments in the European country with a joint venture of Arcelor and Mittal coming out as the world’s leading steel and mining company headquartered in Luxembourg.

On a similar note, Jindal Polyfilms, Tata Consultancy Services (TCS), Tech Mahindra, Wipro, Infosys and Syncordis are some of the India companies also working and expanding their businesses in Luxembourg, he noted

“We realise the strengthening of the Indian presence in the Grand Duchy at our consulate, which in 2019 became the number one Luxembourg consulate for the delivery of Schengen visas worldwide,” the envoy said.

He maintained that the cooperation between the countries have also extended to the sectors like finance, automotive and space research. This relation is likely to be extended to sectors like healthcare and medicine during the summit scheduled to take place tomorrow.