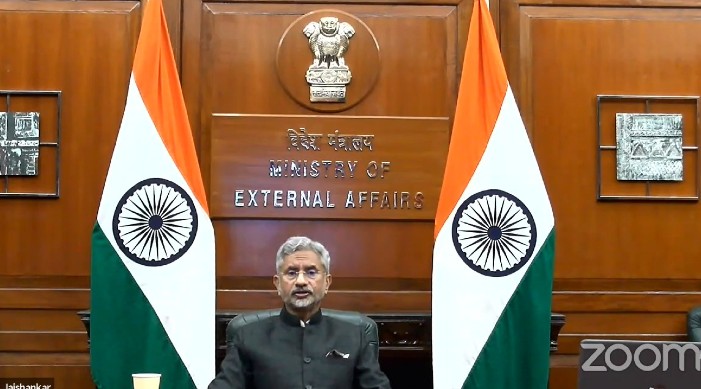 Describing it as an 'egregious example' of state-sponsored terrorism, External Affairs Minister S Jaishankar on Monday slammed Pakistan, pointing out that the world was gradually becoming aware of the global nature of international terrorism.

"We have, in our immediate neighbourhood, a particularly egregious example of state-sponsored cross-border terrorism," Jaishankar said in a clear reference to Pakistan, while delivering the keynote address at the Deccan Dialogue.

India's relentless efforts had kept terrorism in the spotlight, bringing out related aspects like terror finance, radicalization and cyber recruitment, Jaishankar said. "The goal remains to reach a comprehensive convention on the subject and we will not rest till that happens," he added.

Pointing out that the Financial Action Task Force (FATF) had become a more important forum and black money was firmly on the agenda of the G-20, he explained that the world no longer sees terror financing as a law and order issue.

An initiative of the Indian School of Business (ISB) Hyderabad supported by the Ministry of External Affairs, the third edition of the Deccan Dialogue had the theme ‘Crisis and Cooperation: Imperative in the times of Pandemic’.

Pointing out that the world was now "increasingly multi-polar", Jaishankar said rebalancing had gone beyond its economic facet to assume more strategic proportions.

Expressing concern over the erosion in multilateralism, he noted that "an architecture with more variables also requires better rules".

"If a global health crisis that has had such a destructive economic impact helps create a change in mind-sets, India must steer that in the direction of greater international cooperation," Jaishankar pointed out.

An annual flagship event, the Deccan Dialogue is aimed at promoting multi-stakeholder conversations on India’s external engagement and brings together policy makers, representatives from business, diplomatic and strategic community, media, and academia on a common platform.