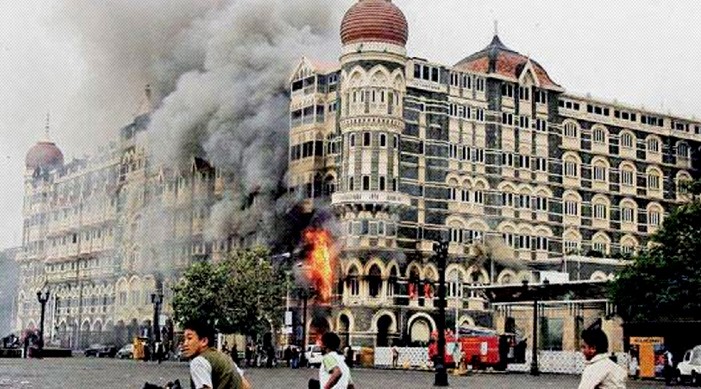 Mumbai Taj Hotel which was attacked by terrorists

Those named include planners, financers, and persons who purchased equipment

Pakistan has added the names of 19 terrorists involved in the 2008 Mumbai terror attacks in its latest summary of the ‘most wanted/ high profile terrorists’ list of Federal Investigation Agency (FIA), however, has not mentioned the names of the masterminds of the attack including Hafiz Saeed and Masood Azhar.

According to a report by India Today, names of the masterminds Hafiz Saeed and Zaki-ur-Rehman Lakhvi are not listed since their whereabouts are known. The names of India’s most wanted Dawood Ibrahim and Masood Azhar have also been omitted from the 921-page document as Pakistan denies their presence on its soil.

The list of 1,210 persons in the books of the federal and provincial agencies of FIA, Islamabad Capital Territory (ICT), Punjab, Sindh, Khyber Pakhtunkhwa (KPK), Balochistan, Gilgit-Baltistan (PoK) includes names of planners and financiers of the terror attack including those who purchased Yamaha Motor boat engine, life jackets, inflatable boats and other equipment.

It includes names of those who purchased this equipment from ARZ water sport Karachi and the crew members of the boats ‘Al Hussaini’ which was used to transport terrorists from Karachi to international waters.

Pakistan has added the names in the FIA list of 28 to show Islamabad’s ‘sincerity’ towards countering terrorism but has failed to name the masterminds of the attack.

The preference document said, “One basic step towards eliminating terrorist activities is the proper identification of MWTs and their associates/facilitators. These fugitives from law should not be allowed to plan, associate, communicate; finance, travel and lodge with ease anywhere in the country or abroad.”

The terrorists who have been named in the document include captain of Al Hussaini boat Shahid Ghafoor and Iftikhar Ali who impersonated Malik Taimoor. He arranged foreign currency to obtain Voice Over Internet Protocol (VOIP) connection for terrorist communication. He deposited $250 at Euro 2005 Money Changer in Islamabad to obtain VOIP connection, the report said.