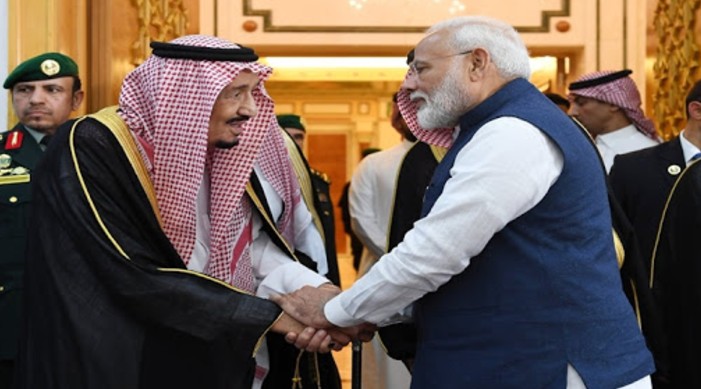 As Saudi Arabia hosts the G-20 Summit later this month, India has already moved ahead in bolstering the relationship with the Arab nation. From commercial cooperation to defence ties to diplomatic relations, there is a growing synergy between New Delhi and Riyadh.

Whether it is easing of restrictions on Indian migrant labourers or recent commercial meetings between the two countries, India's efforts to enhance ties with Riyadh are yielding diplomatic dividends and this can be seen at its stand on Kashmir.

Saudi Arabia reaffirmed its support to India when Pakistan planned to observe October 27 as ‘Black Day.’ It is the day when in 1947, Indian Army launched an operation against Pakistani raiders who invaded, plundered, looted and mass murdered Kashmiris.

Earlier this year, Saudi Arabia Crown Prince Mohammed Bin Salman refused to meet Pakistan Army Chief General Qamar Javed Bajwa who was on an official visit to the Arab nation. It came as a blow to Pakistan who had earlier questioned Saudi Arabia’s silence on the Kashmir issue.

Earlier in March this year, Saudi Arabia and the United Arab Emirates blocked Pakistan’s bid to embarrass India on Kashmir’s issue during the Organisation of Islamic Cooperation’s (OIC) meeting.

Saudi Arabia told India that it understands “India's approach and actions in Jammu and Kashmir.”

On trade and commerce too, both countries are enjoying comfortable relations. On November 10, India’s Ambassador to Riyadh Dr Ausaf Sayeed and Chairman of Jeddah Chamber of Commerce and Industry Mohamed Yousuf Naghi held a meeting.

According to the Indian Consulate in Jeddah, the Indian Envoy and the Chairman of Jeddah Chambers held talks on various facets of commercial cooperation between the nations.

The Ambassador in a recent interview to Arab News underlined the opportunities that India and Saudi Arabia can have in a post pandemic world including the healthcare sector.

He said that both nations share an excellent history of relations and have seen many high-level visits in recent years that have progressively transformed the bilateral relationship into strategic partnership, the news portal reported.

Commercially, Saudi Arabia happens to be the fourth largest trade partner of India after China, USA and the UAE. As per the data by the Ministry of External Affairs, Saudi Arabia is a major source of energy as India imports around 20 percent of our crude oil requirement.

In fact, Saudi Arabia this year, surpassed Iraq in being the biggest oil supplier to India.

On the other hand, Saudi Arabia is the eighth largest market in the world for Indian exports and is the destination to more than 2.46 per cent of India’s global exports, the ministry’s data said.

Nevertheless, Saudi Arabia is hosting the G-20 Summit this year virtually due to COVID-19. The Summit is scheduled to take place between November 21 and November 22 on ‘Realizing Opportunities of the 21st Century For All.’

The member countries are likely to discuss protecting lives and restoring growth by addressing vulnerabilities uncovered during the pandemic, several media reports said.

As far as the pandemic is concerned, India and Saudi Arabia have been working closely to address the issue. Prime Minister Narendra Modi in September this year spoke to Saudi King Salman Bin Abdulaziz Al Saud and both leaders exchanged views on the global challenges in the context of the COVID-19 pandemic.

Prime Minister Modi expressed his special thanks to King Salman for the support provided to Indian expatriates during the COVID-19 pandemic. The leaders agreed that the initiatives taken at the level of the G20 had helped in promoting a coordinated response to the pandemic.

India is growing its footprint in the Gulf region slowly and steadily with Saudi Arabia and the United Arab Emirates being its biggest allies in the region. The proximity between India and the Gulf has, however, led to isolating Pakistan from the Gulf and the Arab world.