Does Joe Biden’s victory mean a lot for Indian Americans? 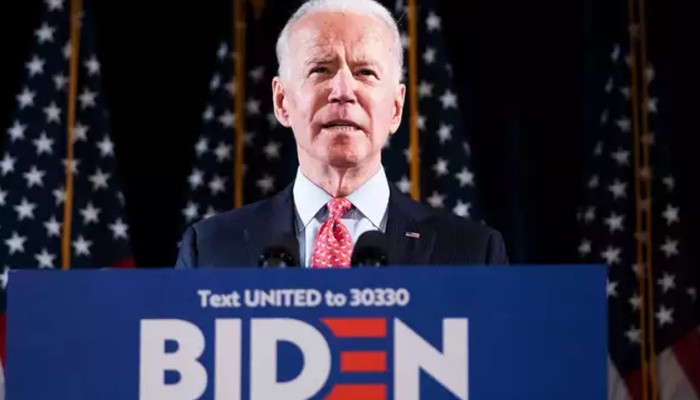 On Monday, the Biden-Harris transition team announced the formation of the transition COVID-19 Advisory Board, co-chaired by Indian American Vivek Murthy, who was also the surgeon general during Barack Obama’s presidency. The board also included Indian-American doctor Atul Gawande, a 55-year-old surgeon based in Boston.

This move was seen by political watchers as US President-elect Joe Bidden’s attempt to pay gratitude to highly influential Indian-American community who played a significant role in the victory of the Democratic presidential nominee in the US.

According to a survey conducted just a few days before the November 3 presidential election by a US polling firm, YouGov, showed that 72 percent of Indian-American voters planned to vote for Joe Biden, while only 22 percent planned to go for President Donald Trump.

Indian-American community members who largely belong to the working class section, have traditionally voted for the Democratic Party in the presidential election in the US. They did the same during this election. Not only that, in September, at a single fund-raising event, Indian-Americans donated $3.3 million to the Joe Biden campaigning fund.

Joe Biden seems to have not forgotten such gestures from the Indian-American community members and result is there before the world; his transition team made an Indian-origin doctor as the head of the task force formed to fight the Covid-19 pandemic which has so far infected more than 10 million people in the US.

Fighting the pandemic is the utmost priority for Biden and the advisory board formed under Vivek Murthy will help him shape the approach towards managing the surge in infections in the country.

"The advisory board will help shape my approach to managing the surge in reported infections; ensuring vaccines are safe, effective, and distributed efficiently, equitably, and free; and protecting at-risk populations," Joe Biden was quoted as saying.

Murthy, a former US Surgeon General, along with two other co-chairs, would lead a team of leading public health experts who will advise Biden, Vice President-elect Kamala Harris on the deadly virus.

He was appointed as the 19th surgeon general of the United States in 2014 and served till 2017. In fact, then-Vice President Joe Biden had sworn in Murthy to his role then.

Meanwhile, Gawande is a surgeon at Brigham and Women's Hospital in Boston he is also a professor at Harvard Medical School, and Professor of Health Policy and Management at Harvard T.H. Chan School of Public Health.

As Biden announced the board, Gawande took to his Twitter and said, “I'm grateful and honored to be asked to serve and to contribute to ending this pandemic. We have runaway spread right now. But I am confident we can get the virus under control, save lives and livelihoods, and bring people back together again.”


I'm grateful and honored to be asked to serve and to contribute to ending this pandemic. We have runaway spread right now. But I am confident we can get the virus under control, save lives and livelihoods, and bring people back together again. https://t.co/zFvLX2xOCn


Without a doubt, Biden-Harris' victory in the US made the Indian Americans brim with joy as Kamala Harris became the first Indian-origin woman to be elected as the Vice President of the United States.

“Who would've thought that Indian Americans, a very young immigrant community in the world's oldest democracy, would have a vice president in such short order. It's beyond our wildest imaginations, but this is the American Dream! It's why immigrants come to America," an Indian American was quoted as saying to a news agency.