What does Joe Biden as US President mean for India? 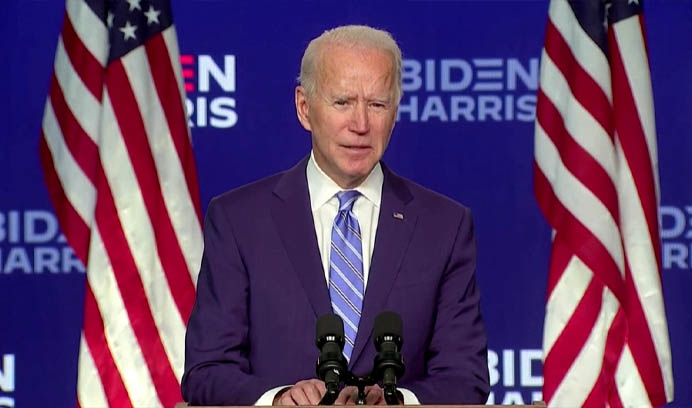 Joe Biden will be the 46th President of the US.

After a long wait, Joe Biden has finally been declared the winner of US Presidential Elections 2020. There are many who are now waiting to see how this new global development will turn out for India.

An article published in The Indian Express suggests that Biden can take ahead the United States of America’s long practiced policy of strengthening ties with India. In fact, he has always advocated a stronger relationship with India.

As Chairman of the Senate Foreign Relations Committee, even before becoming the Vice President in former President Barack Obama’s administration, Biden always emphasised on deepening strategic engagement with India, the article said.

In fact, in 2006, he said, “My dream is that in 2020, the two closest nations in the world will be India and the United States.” Even when the then Senator Obama was hesitant about the Indo-US nuclear deal, it was Biden who led the nuclear deal in the US Congress in 2008.

Biden also contributed to the approval of India as ‘Major Defence Partner,’ a title which helps in sharing the advanced and critical technology between countries to strengthen defence ties. In August 2016, just before the end of Obama’s administration, India and the US signed the Logistics Exchange Memorandum of Agreement (LEMOA), the first of the three ‘foundational pacts’ for deeper military cooperation, the article said.

As far as defence cooperation is concerned, terrorism is one of the factors which drive India and the US closer. Trump and presidents before him have always recognised India as a major partner in fighting terrorism, the article said.

“Biden believes there can be no tolerance for terrorism in South Asia – cross-border or otherwise,” his campaign document said. There is much to the US and India partnership under Biden’s administration. In all its likelihood, Biden will be carrying forward the legacy of the US administration’s approach towards India-Pakistan when it comes to cross-border terrorism.

“A Biden Administration will also work with India to support a rules-based and stable Indo-Pacific region in which no country, including China, is able to threaten its neighbours with impunity,” his campaign document said.

On the other hand, Joe Biden is known for being more liberal towards Indians in America unlike Donald Trump who has tightened immigration rules. The article said that Biden is expected to be softer towards Indians who go to the US to study, work and live there, and aspire for a better life.

To sum up, India can expect Biden to take forward the legacy of former presidents Bill Clinton, George W Bush, Barack Obama and Donald Trump but he might have his own way of doing it.

Read the full article in The Indian Express