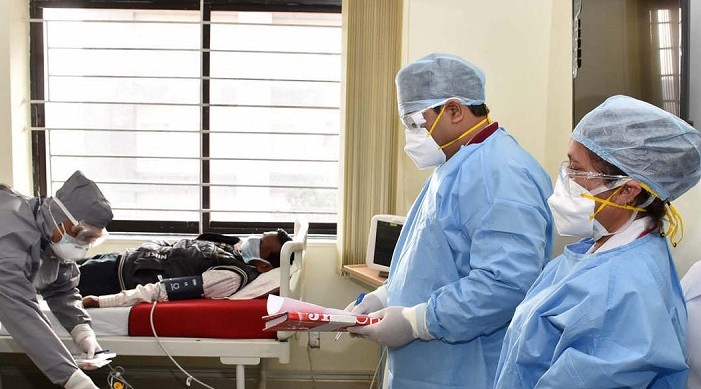 The new daily cases have been seeing a downward trend since October 15 when the single day cases stood at 67,708

For the 37th day straight, India’s daily recoveries outnumbered the daily reported cases of COVID-19. With this, the caseload of active cases in the country is also declining day by day.

According to data released by the Ministry of Health and Family Welfare on Sunday morning, India in the past 24 hours reported 49,082 recoveries taking the total number of recoveries to 78,68,968.

“The Recovery Rate of 92.49% is a reflection of the 78,68,968 recovered cases. The gap between Recovered cases and Active cases presently stands at 73,56,303. This gap has been steadily increasing,” the ministry said in a statement.

With this, the active cases in the country remain at 5,12,665, which accounts to 6.03 per cent of the total positive cases. The recovery rate, in addition, has grown to 94.49 per cent.

“This trend has been observed for the 37th day today. This has played a pivotal role in pushing down the active caseload which is 5.12 lakhs,” the ministry said.

Of the new recoveries, the highest were reported from Kerala with 7,120 recoveries followed by 6,748 of Maharashtra and 6,338 of Delhi. West Bengal also reported 4,339 recoveries.

Andhra Pradesh, Tamil Nadu, Karnataka and Haryana reported over 2,000 cases while cases in Uttar Pradesh and Rajasthan remained under 2,000.