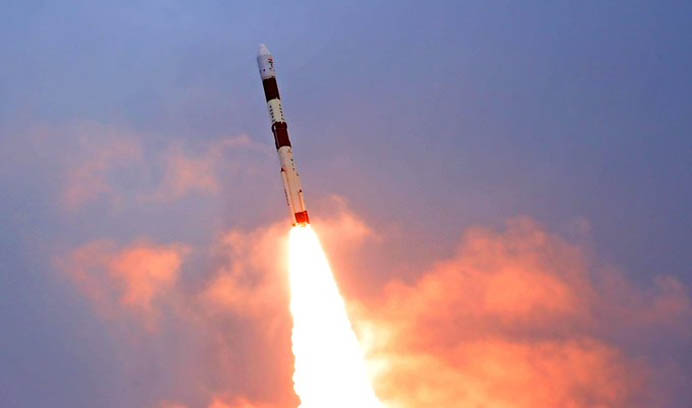 PSLVC 49 rocket carrying EOS-01 and other satellites into space

Nine satellites, including four each from the US and Luxembourg and one from Lithuania, were also launched

“I congratulate ISRO and India's space industry for the successful launch of PSLV-C49/EOS-01 Mission today. In the time of COVID-19, our scientists overcame many constraints to meet the deadline,” the Prime Minister said.

Nine satellites, including four each from the US and Luxembourg and one from Lithuania, were launched.

The mission was scheduled for earlier this year but was postponed due to COVID-19 pandemic.

The C49 mission is the 51st mission of the PSLV and the second to be undertaken in the DL configuration. DL configuration is the one in which only two 12-metre high strap-on boosters with 12 ton propellant load are used instead of four.