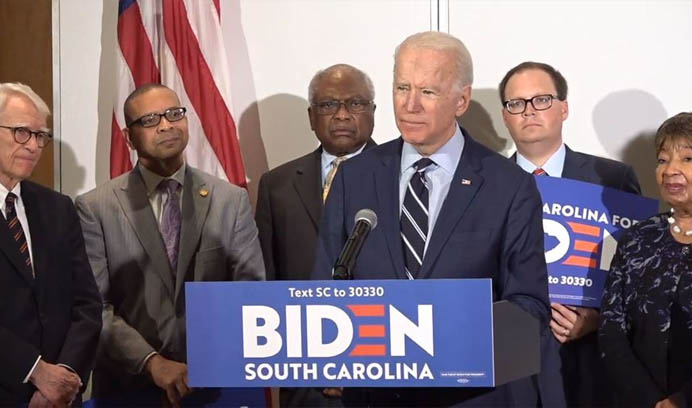 Democrat Joe Biden on Saturday won a bitterly contested election for President in America, said multiple projections by AP and other US media outlets.

The turning point came when Biden won Pennsylvania, one of the states Democrats had lost in 2016 and one of the biggest Electoral College prizes.

The Democratic win is seen as historic as Biden's running mate Senator Kamala Harris will become the first woman, Indian American and African American to assume the vice presidency.

Biden, who will be 78-year-old at his inauguration as the 46 President, will be the oldest person in US history to enter the White House

In India, foreign policy experts and diplomats believe that the India-US ties are so strong that they will continue to grow no matter who becomes next President in the US.

“India-US relations rest on strong foundations and our relations encompass every possible sphere extending from strategic to defence to investment to trade and people-to-people ties,” Ministry of External Affairs spokesperson Anurag Srivastava said.

He further said, “The comprehensive global strategic partnership has very strong bipartisan support in the US, and successive presidents and administrations have raised the level of this relationship even higher.”

Recently, Foreign Secretary Harsh Vardhan Shringla also reiterated that “irrespective of the political dispensation in power in Washington or in New Delhi our relations with the United States will continue to be strong and robust, even stronger and ever more robust as we go along,” while speaking at an event in the UK.

Just before the elections, India and the US held the third edition of the ‘2+2’ dialogue between the political leadership in charge of foreign policy and defense portfolios.

Both countries also signed the third foundational agreement, the Basic Exchange and Cooperation Agreement (BECA), which paved the way for access to confidential technology.