India will not compromise on its territorial integrity: FS Shringla 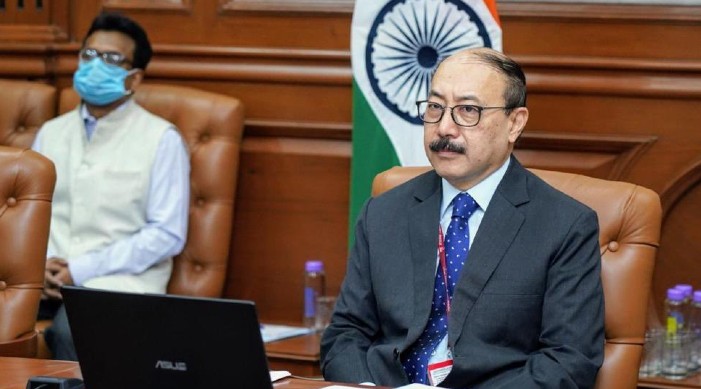 India stands firm that it will not compromise on its territorial integrity, said,Foreign Secretary Harsh Vardhan Shringla, pointing out that China’s step to unilaterally alter the status quo has led to the deterioration of the bilateral ties.

"It has contributed to deterioration in terms of the ties between our two countries because of the unusual step of China to seek to unilaterally alter the status quo," Shringla said in an interview with German tv channel, DW News.

“We are very, very clear that we will stand firm and resolute in our resolve not to allow our territorial integrity or sovereignty to be compromised,” he added.

India and China are engaged in a tension-filled standoff on the Line of Actual Control for the past over six months. Since May of this year, there have been a series of talks to resolve the tension; however, the stubbornness of the Chinese has only impacted the larger relationship.

"You have to keep in mind that there is no common perception on the border but yet if you seek to change where the current line where troops are then, of course, it does impact on the larger relationship. We are concerned that China has taken this step,” Shringla said.

Not only with India, but China is also engaged in territorial disputes with as many as 21 other countries.

Beijing claims sovereignty over all of the South China Sea. But Vietnam, Malaysia, the Philippines, Brunei, and Taiwan have counterclaims. In the East China Sea, China has territorial disputes with Japan.

Shringla said that the Quad, comprising Japan, India, Australia, and the US, works to bolster the capacities and abilities of the countries in the Indo Pacific within a manner that’s both constructive and cooperative.

It is a grouping of countries that have the same vision of a free, open, and transparent Indo-Pacific region and international rules-based order, international freedom navigation in global commerce, and also issues such as open connectivity, respecting the sovereignty and territorial integrity of states, he added.

Shringla was on a three-nation European trip to strengthen bilateral relations and discuss matters of mutual interest with France, Germany and the United Kingdom.