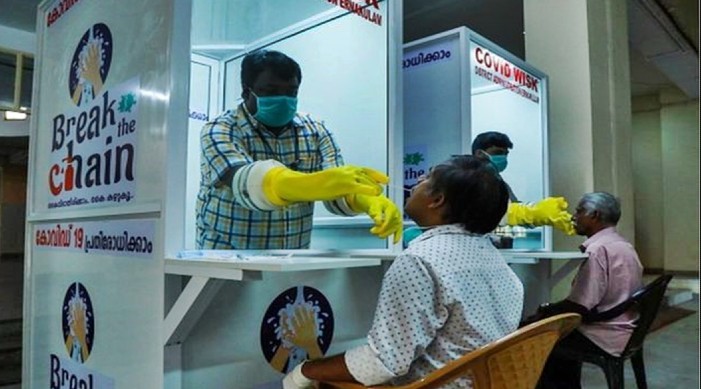 The total number of recoveries in the country now stands at 77,11,809 and the recovery rate is 92.20 percent

India has been able to keep the active cases COVID-19 in the country below 6 lakh for a week. While the cases are on a constant decline, around 27 states and union territories have less than 20,000 active cases currently.

As per the data released by the Union Ministry of Health and Family Welfare on Thursday morning, the active cases of COVID-19 in India have fallen down to 5,27,962 which amounts for 6.31 per cent of the total positive cases in the country.

Interestingly, there are around 27 states and union territories which have their active cases currently below 20,000.

The lowest number of active cases in the country are present in Daman and Diu with 32 cases followed by 166 in Andaman & Nicobar Islands and 254 in Sikkim.

The Union Health Ministry in a statement said, “The declining trend of the active cases is complemented by the unbroken increase, day on day number of recovered cases.”

The highest number of recoveries were reported from Maharashtra with 8,728 recoveries followed by 8,206 of Kerala and 8,045 of Karnataka. Delhi also reported 5,797 recoveries while West Bengal reported 4,129 recoveries in the past 24 hours.

Out of these, the maximum number of cases were reported from Kerala with 8,516 cases and 28 deaths. Delhi also reported a record number of 6,842 cases and 51 deaths.