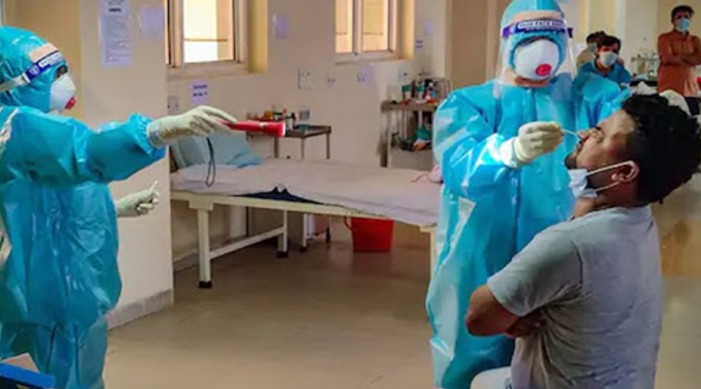 Continuing the downward trend of COVID-19 cases, India reported less than 40,000 cases in the past 24 hours, the lowest in over three months. The number of active cases fell to below 5.5 lakhs.

In the past 24 hours, India reported 38,310 cases of COVID-19 infection which is the lowest since July 22, when India recorded 37,724 single day cases. India reached its peak in mid-September when the country reported over 90,000 cases in a single day.

Releasing the data on Tuesday morning, the Ministry of Health and Family Welfare in a statement said, “With a high number of COVID patients recovering every day and the sustained fall in the mortality rate, India’s steady trend of registering dipping active cases continues.”

The ministry said, “These encouraging outcomes are the result of a collaborative, focussed and effective implementation by State/UT governments under the Centre's strategy of comprehensive and consistently high countrywide testing, prompt and effective surveillance and tracking, quick hospitalization and effective adherence of the Standard Treatment Protocol issued by the Union Government. This success also owes to the selfless service and dedication of doctors, paramedics, frontline workers and all other COVID-19 warriors across all parts of the country.”

With recoveries surpassing the COVID-19 cases on a daily basis, India reported a total of 58,323 recoveries in the past 24 hours taking the total number of recoveries to 76,03,121. The recovery rate further improved to an all-time high of 91.96 per cent.

The maximum number of recoveries were reported from Maharashtra with 10,225 recoveries in the past 24 hours followed by 8,334 of Karnataka and 7,108 of Kerala.