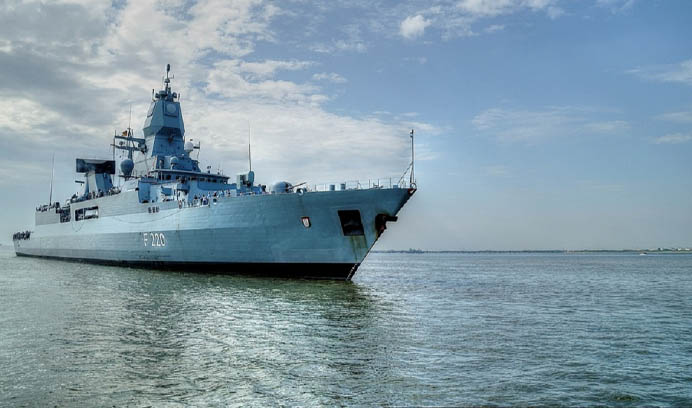 After the four-member Quad, Germany too has decided to patrol the Indo-Pacific region which has been threatened by China’s rising aggression, especially in the South China Sea.

In an interview with the Sydney Morning Herald, German Defence Minister Annegret Kramp-Karrenbauer said to manage China in the Indo-Pacific region, a German Frigate will patrol the Indian Ocean from next year. She said Germany’s presence in the region will help in safeguarding the Indo-Pacific.

She said Indo-Pacific has become crucial to the world’s well-being and that “We believe Germany needs to mark its position in the region.” She also said Europe became well aware of China’s ‘economic agenda and geopolitical tactics last year itself. Though she didn’t elaborate on the issue, she said Germany’s naval presence in the region will safe-guard the rules-based international border which includes countries like India, China, Japan and Australia among others.

“We will be spending more on defence in 2021 than in 2020 despite the fact that [coronavirus] has hit our budgets. Now the key is to translate this into real muscle,” she said.

The announcement came one day ahead of Foreign Secretary Harsh Vardhan Shringla's visit to Germany. Landing in Berlin in the second leg of his tri-nation European tour including France, Germany and the United Kingdom, the Foreign Secretary on November 2 held a meeting with German government officials and members of the think tank community.

In his talks with the German government officials, Shringla expressed his happiness that the Indo-Pacific region has begun to occupy an important place in Germany’s strategic outlook.

“The Indo-Pacific region has begun to occupy an important place in Germany’s strategic outlook and India is an important actor here. In the recent German foreign policy turn towards the Indo-Pacific, India is perhaps the most reliable partner to implement our shared vision for the region,” the Foreign Secretary said.

He also said India holds immense promise for the world and cannot be left on the periphery of any analysis since developments in our country have implications for not just the region but for the world at large.

“India and Europe, and Germany in particular, enjoy fundamental synergies. Today, India has a government that places reforms at the centre of its agenda and which is working to bring about major structural changes in the economy so that the country becomes even more attractive for investments,” the Foreign Secretary said.

He said both Germany and India are tech-driven economies with a major focus on adopting the principles of Industry 4.0, Artificial Intelligence, etc. This provides immense scope for collaboration.

The Foreign Secretary also told German interlocutors that on the strategic plane, “we have common interests with Europe and Germany in terms of combatting terrorism and extremism, ensuring climate action and supporting multilateralism with a view to strengthening a rules-based order.”

Zimbabwe approves use of India-made Covaxin, becoming the first country in Africa to do so