Vande Bharat Mission: Over 633,000 passengers travel from UAE to India 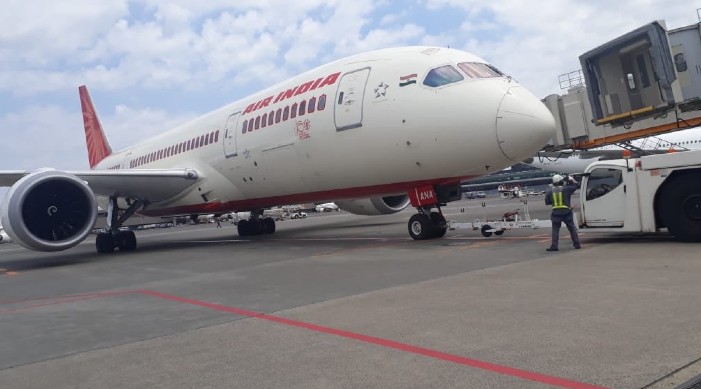 Nearly 222,000 people have also travelled to the United Arab Emirates since May 6

Under the Vande Bharat Mission, the number of passengers who have traveled from the United Aarab Emirates (UAE) to India has reached 633,000. Meanwhile, more than 222,000 travelers have flown to the UAE from India since July 12.

As many as 635,000 Indians in the UAE had registered for repatriation ever since the Indian missions opened an e-registration service on April 29 for Vande Bharat Mission.

According to figures shared by the Indian missions with Gulf News, as of October 31, 633,000 people have traveled to India since the start of VBM on May 7, while the Indian ambassador to the UAE Pavan Kapoor said that more than 220,000 Indians have also flown back from India to the UAE since July 12.

The daily air traffic between India and UAE has gone up to 10,000 to 12,000 both ways since October, revealed the Consul for Press, Information, and Culture at the Indian Consulate in Dubai Neeraj Agrawal to Gulf News.

About 70,000 to 80,000 blue-collar workers with valid visas who had gone home during the pandemic were likely to return when the situation improves, the report quoted him saying.

Flights are being operated under the Air Bubble agreement between the two countries which has been extended from October 31 to December 31.

Dubbed as India’s largest repatriation mission, the Vande Bharat Mission to repatriate Indian nationals stranded in various countries after the outbreak of the COVID-19 pandemic has crossed the 2 million mark.

According to details available till Thursday, 20.55 lakh (2.06 million) Indians had been repatriated through different modes under this mission, Ministry of External Affairs Official Spokesperson Anurag Srivastava said during the weekly media briefing.

In an update on Sunday, Civil Aviation Minister Hardeep Singh Puri said the number of people who had been brought back to India and those who had flown out using the services had crossed 29 lakh (2.9 million).

“More than 29.1 lakh stranded & distressed citizens facilitated from the time Vande Bharat Mission started on 6 May 2020. Continuing to reach out with more air bubbles, flights & destinations,” said Puri in a tweet.


More than 29.1 lakh stranded & distressed citizens facilitated from the time Vande Bharat Mission started on 6 May 2020.


According to the Ministry of External Affairs, under phase 7 of the mission which began on October 1, 1,057 international flights have been operated by the end of this month, repatriating an estimated 1.95 lakh people. These flights are from 24 countries, including 18 with which India has bilateral air bubble arrangements, reaching 22 airports across India.

Launched on May 6, the Vande Bharat Mission aimed to bring back Indian nationals stranded in different countries due to restrictions imposed after the outbreak of the COVID-19 pandemic.