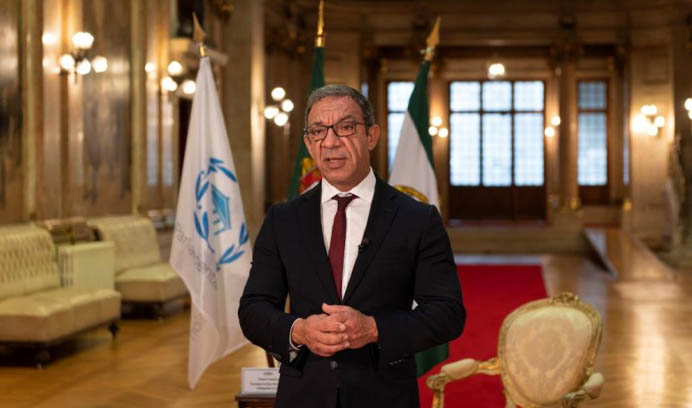 Pakistan's candidate received only 52 votes, lower than that polled by Uzbekistan and Canada in the elections held virtually

Portugal's Duarte Pacheco was on Monday elected as the 30th President of the Inter-Parliamentary Union (IPU), a global body that has members from Parliaments around the world.

This followed an unprecedented online election during an extraordinary virtual session of the IPU’s Governing Council, the organization's main decision-making body which has parliamentarians from around the world.

Explaining the election process, the release said a hearing with all four candidates took place on 21 October, before the elections were held, where they had a chance to explain their vision for the organization and to answer questions from IPU members.

After the victory, Pacheco said, "I believe that the IPU is the ideal forum to reach the goals of success we want for humanity: a world with more equality, social cohesion, peace, better environmental quality, and which can address, in unity, the global challenges we are now facing.”

The IPU Presidential election took place virtually, with 400 parliamentarians from over 140 IPU Member Parliaments registered to vote electronically during a 24-hour window. The parliamentarians voted in a secret ballot through a secure online platform.

According to the press release, the IPU President, who is elected by the IPU Governing Council for a term of three years, must be a sitting Member of Parliament for the duration of the term in office. The person holding the position chairs the IPU's statutory meetings and represents the body at global events.

Over the past 25 years, the Presidency of IPU has been held by prominent parliamentarians from Egypt, Spain, India, Chile, Italy, Namibia, Morocco, Bangladesh, and Mexico. Portugal now joins the distinguished list.