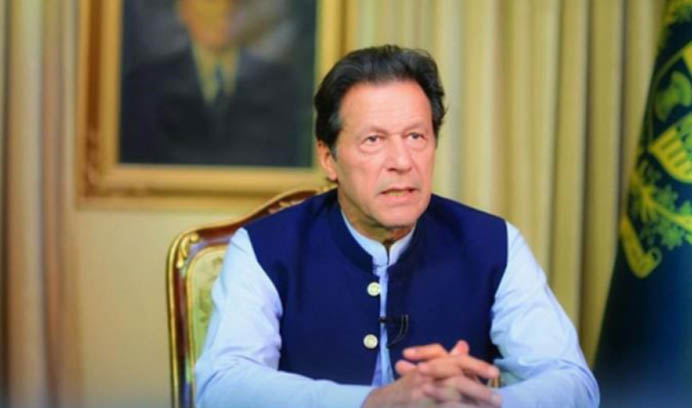 India on Sunday hit out at Pakistan for granting provisional-provincial status to Gilgit-Baltistan, saying it has “no locus standi on territories illegally and forcibly occupied by it”.

“The Government of India firmly rejects the attempt by Pakistan to bring material changes to a part of Indian territory, under its illegal and forcible occupation. I reiterate that the Union Territories of Jammu and Kashmir and Ladakh, including the area of so-called “Gilgit-Baltistan”, are an integral part of India by virtue of the legal, complete and irrevocable accession of Jammu and Kashmir to the Union of India in 1947,” Ministry of External Affairs spokesperson Anurag Srivastava said in response to media queries

“The Government of Pakistan has no locus standi on territories illegally and forcibly occupied by it. Such attempts by Pakistan, intended to camouflage its illegal occupation, cannot hide the grave human rights violations, exploitation and denial of freedom for over seven decades to the people residing in these Pakistan occupied territories. Instead of seeking to alter the status of these Indian territories, we call upon Pakistan to immediately vacate all areas under its illegal occupation,” he added.

Prime Minister Imran Khan announced granting of provisional-provincial status to Gilgit-Baltistan in the face of continued protest against the Pakistan government over its decision to change the status of Gilgit-Baltistan.

Saudi Arabia, a key ally of Pakistan, had removed Pakistan-occupied-Kashmir and Gilgit-Baltistan from the Pakistan map on its new banknote after India asked it to take urgent corrective steps to correct the “gross misrepresentation”.

The people accuse Pakistan of systematically exploiting the region of its resources and sharing no dividends with them. Any resistance they say meets brutal government reprisal with activists and leaders hounded, arrested and tortured.

It recently said, “The opposition of the people is evident from the protests held periodically across the region against land grabbing, usurpation and purchase through coercive and covert means. Protests and clashes over the issue of land have been reported in Ghanche, Skardu, Hunza, Nagar, Ghizer and Gilgit districts.”