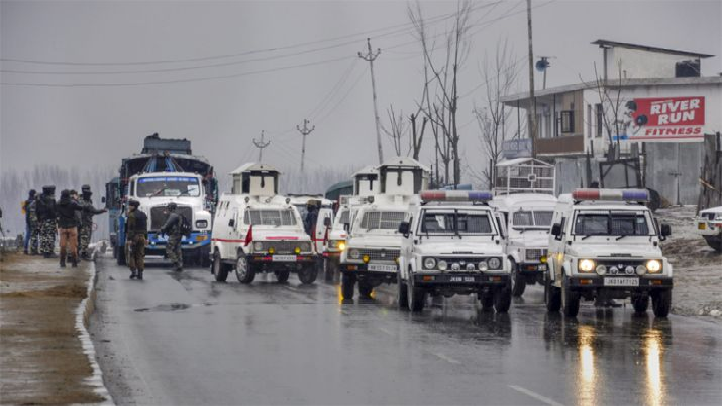 As part of the ongoing exercise to free detainees the Jammu and Kashmir administration released four former legislators including a former minister today. Five leaders had been released on January 16

As part of the ongoing exercise to free detainees the Jammu and Kashmir administration released four former legislators including a former minister today. Five leaders had been released on January 16.

The four leaders who were released from detention on Friday include Haji Abdul Rasheed, Nazir Ahmed Gurezi, Mohammad Abbas Wani and former minister Abdul Haq Khan. They were under house arrest since August 5, when the Centre abrogated Article 370 and bifurcated the state into two union territories.

This is the third time that detained political leaders have been released by the Jammu and Kashmir administration. On January 16 itself, five political leaders had been released, including National Conference leaders Altaf Kaloo, Showkat Ganaie and Salman Sagar, and Peoples Democratic Party (PDP) leaders Nizamuddin Bhat and Mukhtar Bandh. Salman Sagar is a former mayor of the Srinagar Municipal Corporation.

According to the sources, this decision was taken following the order of a Supreme Court bench headed by Justice NV Ramana on January 10. The bench had ordered the union territory administration to review all curbs that have been in place for over 161 days in Jammu and Kashmir.

With the release of the four leaders, there are 21 leaders in detention in the valley presently. These include three former chief ministers -- Farooq Abdullah, Omar Abdullah and Mehboob Mufti.

Farooq Abdullah has been retained in his house on the Gupkar Road in Srinagar, which has been designated as a sub-jail. Omar Abdullah is detained in the Hari Niwas and Mehbooba Mufti at a government bungalow on the Maulana Residency road in Srinagar.

A total of 35 mainstream politicians were moved from the Srinagar based Centaur hotel to the MLA hostel in the city in November last year.