J&K Police to connect with people on social media

The J&K Police is set to use social media platforms to connect with people, enhance citizens’ perception of the force, and increase its reach.

In Jammu, broadband services were restored by October, but in Kashmir, only about 80 government hospitals, some educational institutions and government establishments have got it back. Neither region has got mobile internet back, while in the new UT of Ladakh, both services have been restored by the end of December.

In the last week of December, the crime branch issued a circular to all J&K Police units to publicise their good work on social media and seek feedback from people. 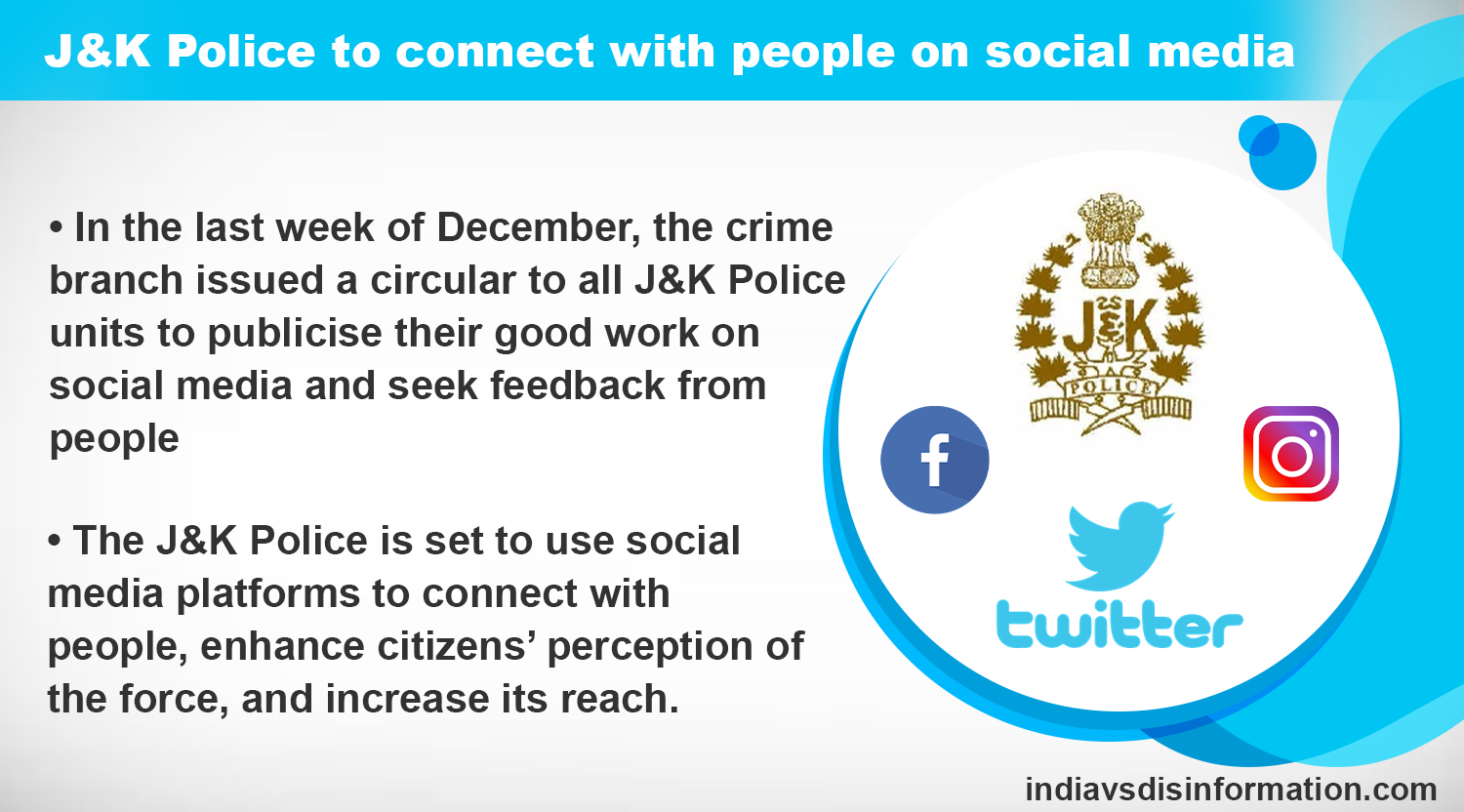 “Law enforcement agencies across the world nowadays make use of social media in a big way to inform the general public regarding the good work done by them… They are also using social media to get information from people regarding crime and criminals,” read the circular quoted by the The Print.

The circular asked the information technology units of the J&K Police to work towards boosting the perception of the police force, and to respond to comments in consultation with the respective senior superintendents of police. It further directed police units to include “300 character tweets” along with press releases.

Despite the ongoing internet shutdown, police officers hopeful, and said it was imperative for them to publish information about their good work, regardless of the ban.

“At some point in time, people in Kashmir will be able to access the internet and see the work done by the police,” said an officer.