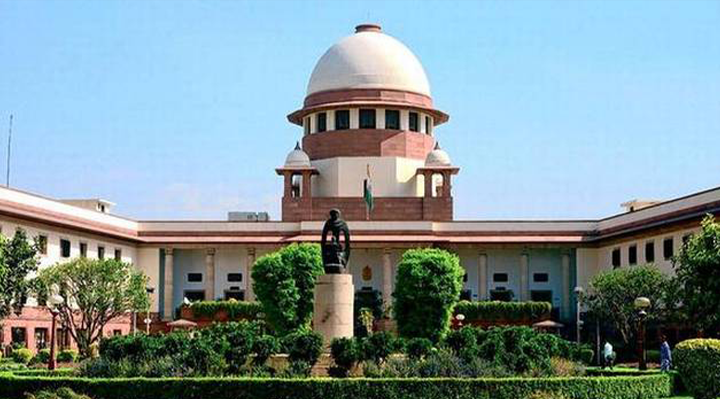 J&K govt told Supreme Court that the danger of weaponisation of social media’s hydra-like nature by local and cross-border elements.

The Jammu and Kashmir government told the Supreme Court that the danger of weaponisation of social media’s hydra-like nature by local and cross-border elements to ‘radicalise’ Kashmiri people had led to imposition of restrictions across the Valley on August 5.

Appearing before a Bench led by Justice N.V. Ramana on Tuesday, Solicitor General Tushar Mehta, for J&K government, acknowledged that access to Internet was indeed a part of the fundamental right to free speech. But, Mr. Mehta warned, “modern terrorism relies heavily on the Internet”.

Ms. Bhasin said the restrictions imposed under Section 144 CrPC across J&K after the abrogation of the special privileges of the Kashmiri people had ground to a halt normal life, movement and means of communication in the Valley. It choked Press freedom.

The Solicitor General claimed authorities had acted on heaps of material, including intelligence and military, about inflammatory material and speeches, circulation of fake news, morphed images and videos spread on social media. He suggested that the restrictions were the only thing that stood between violence and the Kashmiri people, “who are happy” now.

Mr. Mehta offered to hand some “sensitive material’ to the court in a sealed cover which senior advocate Kapil Sibal and Ms. Grover objected to. Mr. Sibal suggested that the Solicitor General continue his submissions on the presumption that the petitioners too have a fair idea that Kashmir has faced interference from elements across the border.

The Solicitor General spoke of how social media could be used as an “inexpensive recruiting tool” by morphing photographs and videos to incite the youth to take up terror.

“Women also suffer from morphing on the Internet… But how does that justify the complete shutdown of Internet in Jammu and Kashmir?” Ms. Grover interjected.

Denying there was a ‘shutdown’, Mr. Mehta said unlike landlines and newspapers, the expanse of the social media was virtually uncontrollable.

“I can use a hashtag and my social media post would multiply,” he said. Additional Solicitor General Vikramjit Bannerjee later explained in court what a “hashtag” meant.

Mr. Mehta argued that the apex court judgments about free speech for newspapers would not apply to the world of the Internet. He said national security was exclusively a matter of policy firmly placed within the government’s domain and not a subject of law to be decided in courts.

“State says all schools were open. But why did children then not go to school? Well, because parents were afraid to let them go. Did the State not have an obligation to ensure children went to school… that the sick reached the hospitals. Arrange adequate public transport... Union of India says most Kashmiri people are peaceful, then why did they not let them come out all these days?” Mr. Sibal rebutted.

Leading newspapers say 4,00,000 migrants have left, 3,000 hotels in the Valley run empty and 5,000 travel agents have lost work as most of their work is done on the Internet. Apple trade suffered and farmers were affected, Mr. Sibal argued.

He said the State had an obligation to balance national security interests with the fundamental right of the ordinary citizen to live with dignity.