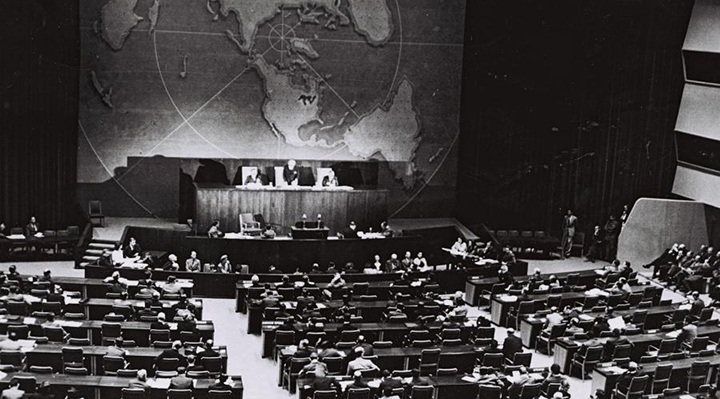 THE UNITED NATIONS COMMISSION FOR INDIA AND PAKISTAN Having given careful consideration to the points of view expressed by the Representatives of India and Pakistan regarding the situation in the State of Jammu and Kashmir, and Being of the opinion that the prompt cessation of hostilities and the correction of conditions the continuance of which is likely to endanger international peace and security are essential to implementation of its endeavours to assist the Governments of India and Pakistan in effecting a final settlement of the situation, resolves to submit simultaneously to the Governments of India and Pakistan the following proposal:

PART I
CEASE-FIRE ORDER
[A] The Governments of India and Pakistan agree that their respective High Commands will issue separately and simultaneously a cease-fire order to apply to all forces under their control in the State of Jammu and Kashmir as of the earliest practicable date or dates to be mutually agreed upon within four days after these proposals have been accepted by both Governments.

[B] The High Commands of Indian and Pakistan forces agree to refrain from taking any measures that might augment the military potential of the 'forces under their control' in the State of Jammu and Kashmir. (For the purpose of these proposals "forces under their control" shall be considered to include all forces, organised and unorganised, fighting or participating in hostilities on their respective sides)

[C] The Commanders-in-Chief of the Forces of India and Pakistan shall promptly confer regarding any necessary local changes in present dispositions which may facilitate the cease-fire.

[D] In its discretion and as the Commission may find practicable, the Commission will appoint military observers who under the authority of the Commission and with the co- operation of both Commands will supervise the observance of the cease-fire order.

[E] The Government of India and the Government of Pakistan agree to appeal to their respective peoples to assist in creating and maintaining an atmosphere favourable to the promotion of further negotiations.

PART II
TRUCE AGREEMENT
Simultaneously with the acceptance of the proposal for the immediate cessation of hostilities as outlined in Part I, both Governments accept the following principles as a basis for the formulation of a truce agreement, the details of which shall be worked out in discussion between their Representatives and the Commission.

C. (1) Upon signature, the full text of the Truce Agreement or communique containing the principles thereof as agreed upon between the two Governments and the Commission, will bemade public.

PART III
The Government of India and the Government of Pakistan reaffirm their wish that the future status of the State of Jammu and Kashmir shall be determined in accordance with the will of the people and to that end, upon acceptance of the Truce Agreement both Governments agree to enter into consultations with the Commission to determine fair and equitable conditions whereby such free expression will be assured.

The UNCIP unanimously adopted this Resolution on 13-8- 1948.
Members of the Commission: Argentina, Belgium, Colombia, Czechoslovakia and U.S.A.