What’s wrong with The Economist? 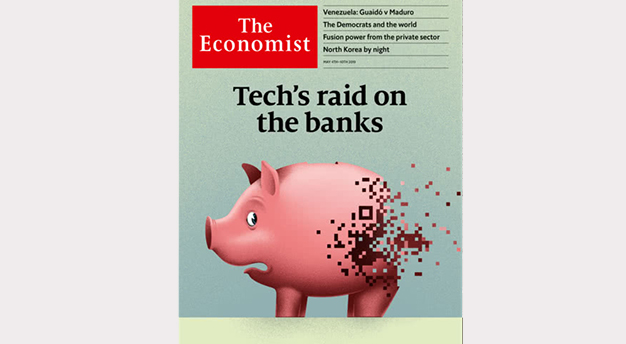 What’s wrong with The Economist?

I am a former journalist who worked with newspapers and magazines in India between 1983 and 1994. These include The Economic Times and India's leading business magazine at that time Business India.

I own and manages Press Monitor, India's leading media monitoring service. I am not a member of the ruling Bharatiya Janata Party (BJP) and hold no brief for the party. I have no commercial relationship with the BJP, any its allies or leaders.

I was first introduced to The Economist in mid-Eighties as an example of model journalism to emulate. I became a fan of its simple writing, incisive analyses, and unbiased reporting. I have also encouraged many a young journalists working in my organisation to read The Economist to learn to write lucidly.

However, a recent article in your esteemed newspaper has completely shattered the image. The article is titled "Under Narendra Modi, India’s ruling party poses a threat to democracy". Written in an extremely bad taste, the article has destroyed the reputation of The Economist as an unbiased source of news and information.

The author has simply compiled various charges that have been made against the ruling party over the past five years. Most of the content appears to be straight lift from the in-house magazine of the Congress party. Many of these charges have been proven false and malafide. Even the opposition leaders do not make these charges in public any more because they know that the people will not believe them.

Indians hear such criticisms less often because Mr Modi has cowed the press, showering bounty on flatterers while starving, controlling and bullying critics.

Oh Really! This would be news to most journalists in India. I run India's leading media monitoring agency and witness unbridled freedom of expression being exercised by journalists every day. In fact, a significant section of media including prominent television channels and newspapers groups are continuously bashing the government and the ruling party. These are full of fake news and cry freedom of expression when caught in the act.

A prominent journalist Gauri Lankesh was killed in September 2017 in Bangalore in a state not ruled by the BJP then. She was a well-known critic of the ruling establishment. Political opponents quickly jumped to make political hay. Congress Party leader Rahul Gandhi tweeted, "Anybody who speaks against the RSS/BJP is attacked & even killed. They want to impose only one ideology which is against the nature of India". Communist Party leader Sitaram Yechury stated that it was the RSS' ideology and the RSS men who had killed the journalist.

Police investigators later found the real culprits who had nothing to do with the BJP or the RSS. Defamation cases were filed against those making baseless charges. Subsequently, a Mumbai court ruled, "Upon perusal of materials placed before this Court, I find that the statements are defamatory in nature. The accused no.1 (Gandhi) and 2 (Yechury) have no right to make such statements without verifying the facts. No investigating agency can conclude that RSS party or its followers were involved in the alleged murder of journalist Gouri Lankesh."

The Economist is completely wrong to accuse the government of showering bounty on flatterers while starving, controlling and bullying critics. There is not one instance to substantiate the absurd claim. There is no evidence. You can slander the government knowing fully well that the government will not respond. It will be charged with attacking press freedom if it were to ask for evidence.

The article claims that Mr Modi’s tough-guy approach has indeed been a disaster in the disputed state of Jammu & Kashmir, where he has inflamed a separatist insurgency rather than quelling it, while at the same time alienating moderate Kashmiris by brutally repressing protests.

Elections were held in the state in December 2014 and threw a hung verdict. The BJP formed the government in the state in an alliance with the Peoples Democratic Party (PDP). The alliance broke in June 2018. The BJP was a junior partner in the alliance. The Chief Minister was Mehbooba Mufti, a Kashmiri Muslim woman who was always accused of being soft on militants. What are the instances when the joint government brutally repressed protests? Do you have any data?

It is said that the Mufti government removed security checkpoints even on highly-vulnerable roads. On February 14, 2019, 40 security personnel were killed in Pulwama when their convoy was attacked by a vehicle-borne suicide bomber. The attack was claimed by the Pakistan-based Islamist militant group Jaish-e-Mohammed. There was a national outrage at the security lapse.

“This is our carelessness that no checking was done on the highway where this incident happened. There was someone with a car full of explosives and we did not have a clue,” the then Jammu and Kashmir governor Satya Pal Malik said in an interview. Does this sound like a state undergoing brutal represssion?

Elections were held in Jammu and Kashmir in April 2019, along with other states. The polling percentage was indeed low in Kashmir. This is despite and not because of the heavy security presence. The militants do not want democracy in the state. Does The Economist support measures to ensure that the people of Kashmir can vote without fear.

Please appreciate that Kashmir is a conflict zone where enemies of India are waging a constant guerilla war to bleed India. India wants peace in Kashmir and ample security presence is a necessary deterrent.

Serious problems with the article

The Economist has always taken a moral high ground. The opening paragraph of the Introduction to the Style Guide published by the Economist says:

Another paragraph in the same introduction adds:

Do not be hectoring or arrogant Those who disagree with you are not necessarily stupid or insane. Nobody needs to be described as silly: let your analysis show that he is. When you express opinions, do not simply make assertions. The aim is not just to tell readers what you think, but to persuade them; if you use arguments, reasoning and evidence, you may succeed. Go easy on the oughts and shoulds.

I think the quality of analysis is seriously sub-standard, though the quality of writing is fine. The article is being silly when it makes statements like Indians would be better off with a different leader. Please follow your style guide. Please do not make assertions. Persuade us. Please use arguments, reasoning and evidence.

The biggest problem with the article is its headline, “Under Narendra Modi, India’s ruling party poses a threat to democracy”. Equally ridiculous is the statement that a coalition government is better than a single-party government. Ask anyone in India, from a poor destitute to a billionaire. Everyone will laugh at your naivety. Everybody in India wants a stable, majority government. Only the criminals in the country and enemies of India want an unstable coalition government. You have inadvertently played into their hands.

About your concern for democracy in India, you must be aware that the most political parties in India are family businesses. The major opponent leader has not a day's experience of governance and has ambition to rule the second most popular country in the world. His counsel is his mother and backup is his sister. I believe that it will be India’s misfortune if he were to come to power because he can wreck all the good work done.

Ironically, Mr Modi has no relatives in the Bharatiya Janata Party. One family, one ticket rule has been followed in the party and many second-generation aspirants have been denied ticket on this account.

India has the second-largest population in the world. It is not the case that Mr Modi has done miracles. He has not. But you cannot deny the man his due. Many scaremonger reporters and analysis had spread stories of absolute gloom saying riots will break out all over India if Mr Modi comes to power. Nothing of the sort has happened. The Economist still seems to be holding on to the thread.

You must accept that Mr Modi has attempted to do something for every section of the society. He has touched more Indians in a positive way than any other politician in the history of India. In fact, such is his reach and liking that he has become a role model for a vast majority of Indians. Every Indian feels good about the future of this country under his leadership.

Thank Goodness that the masses in India do not read The Economist. A section of the intellectuals and the top rung of the society does. And they must be amused at this baseless harangue.